We built and fitted the arches this morning.  There should have been three, but one of the pieces in the third box is not the correct size, but I’ll keep it for spares parts.

These cost £5.99 each from Home Bargains a few weeks ago.  Easy to put together, though flimsy; which is why I’ve cable-tied them together.  I may go further and tie canes across, near the top, to stop any wobbles.

These are the climbing beans.  I’ve planted runner beans behind the netting, seeds straight into the ground – but they are older seeds and may not germinate.  Everything is an experiment at the moment. 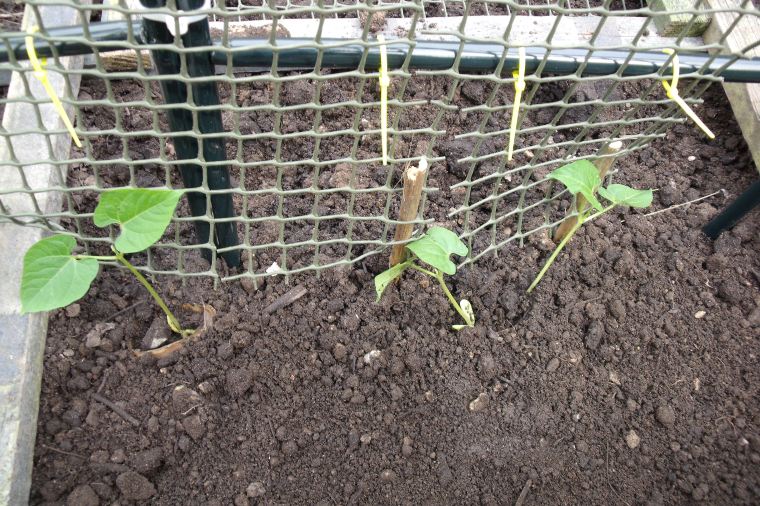 ^ Salad leaves – there were sown indoors, but I put seeds in the ground at the same time as planting these out; and they’re germinating.

^Radish aren’t doing much – but at least they haven’t been eaten – YET!

^I’ve ‘caged’ the dwarf peas, and sowed seeds as well in this space.

Also had an attempt at using our mini-garden incinerator to burn dries grasses and weeds, but the smoke was so bad I had to throw a bucket of water on it.  This wasn’t because of what I was burning through; I think the incinerator had some sort of protective coating on the inside that needed to burn off.  I’ll try again on a still day. 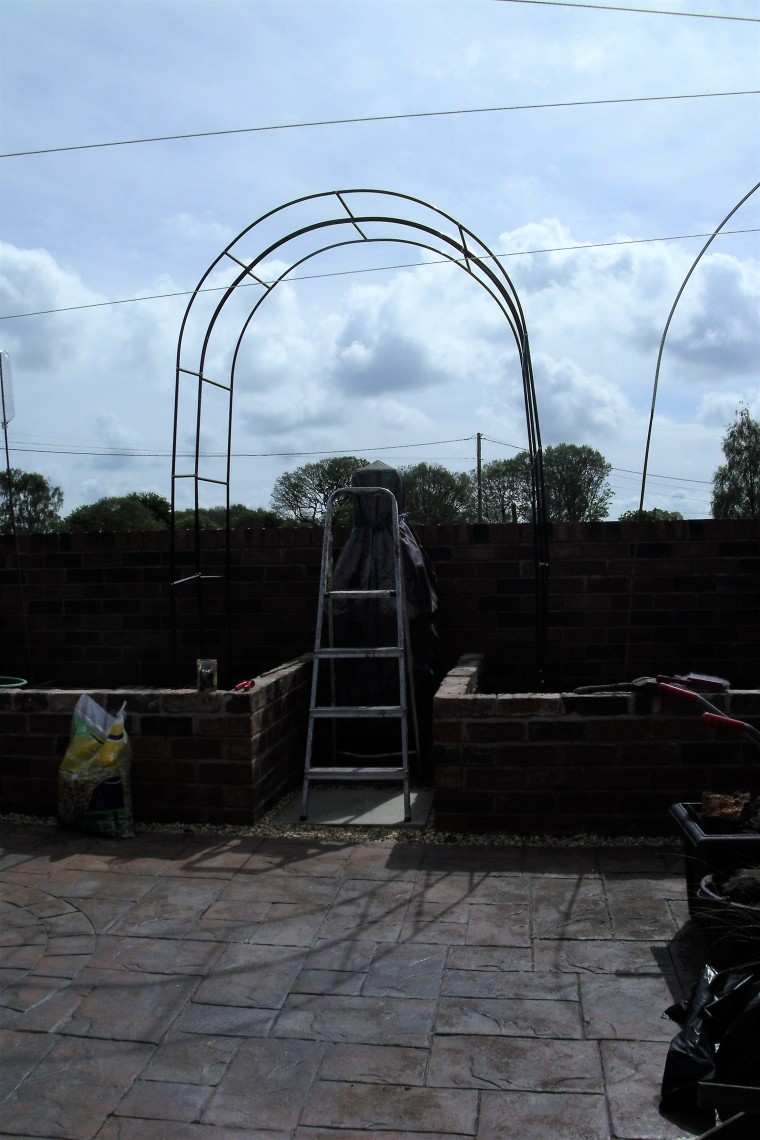 I think I’m doing all right at this gardening lark!