I have a new camera – what better way to get to know it that by taking photographs in my garden?  Trying out the close-up mode last Tuesday.

Cosmos has been a real star this year.  First time I’ve grown it; planted as a suggested companion plant for vegetables, but it belongs in the front garden.

The pelargoniums are still producing flower heads, though it’s possibly time to move them indoors now.

I have never bought, or been given, a cyclamen.  But each year this happens; from a corm I found in the garden soon after we moved in and just threw it to one side.  A bit too small and delicate for the camera to focus on properly.

I’ve cleared out one of my two raised beds.  This was the first to be planted way-back in April.  The battens are to keep cats off – and the two root balls you can see are all that is left of my sunflowers (separate post about them coming up in a couple of weeks).  I’m waiting for the next heavy rain to wash the soil back onto the bed before I remove them.

This will keep me out of mischief over the winter months!  I didn’t know until recently that you can grow your own ginger plant.  Even if you don’t like the taste of the root, they apparently look quite exotic when in flower. 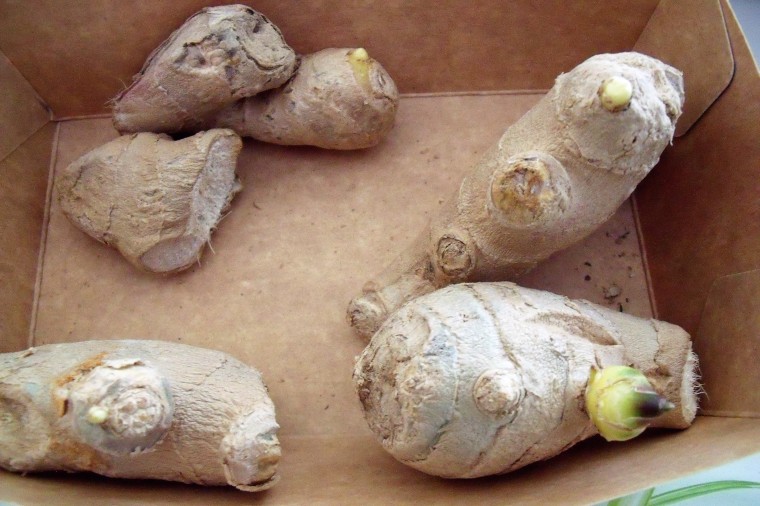 All I’ve done is bought a couple of roots from the supermarket and left them in the conservatory for several weeks.  Eventually ‘nodes’ appear which can then be sliced out of the root and left to dry for a few days before planting into a pot.

As you can see, there is the potential for a further four plants here. 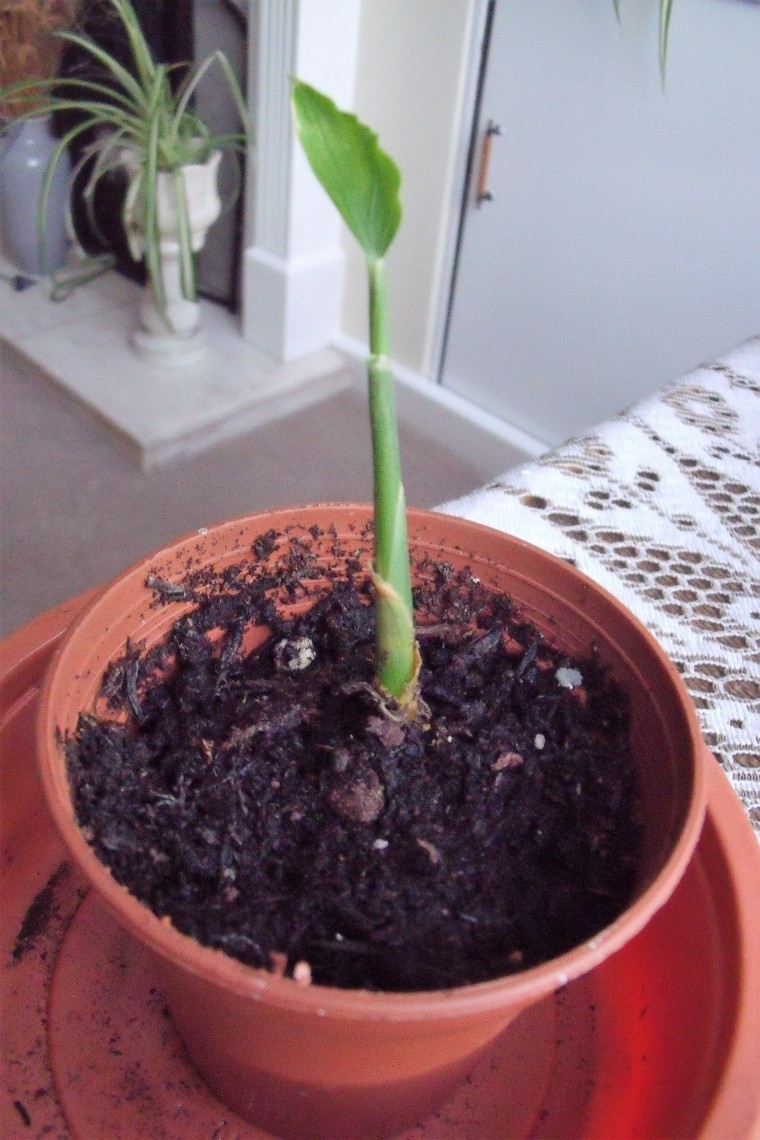 Here’s one I prepared earlier!