A bright and sunny day here in North East Wales, but cold.  I was surprised to see on the news that some places have had snow!

This week, as well as looking at my own garden for Six on Saturday, I’ve taken a sneaky look at those of my neighbours too.

This is the fuchsia in my front garden – still producing flowers and with more to come.  I’ve taken cuttings from it this year as I want to eventually plant it as an informal hedge.

This saxifrage suffered in the hot summer, but I’m pleased to see it’s staging a comeback.  Next year I hope to have it out of the pot and into some small raised beds I’ve made for alpines, succulents and sempervivums.

This is a big issue in our village – many of the older residents have moved on and those who come in don’t seem to realise they have a responsibility for all plants and shrubs on their premises, especially those overhanging the pavement. 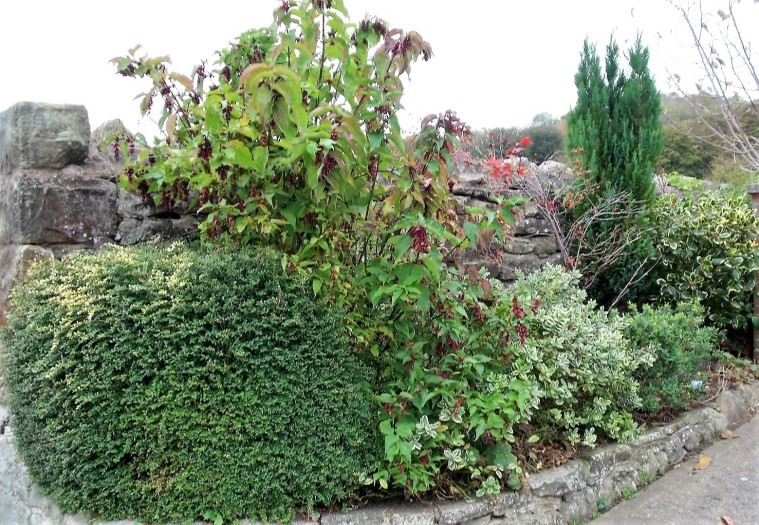 This is a nice border backing on to the graveyard.

While this ‘cottage garden’ has never had anything other than weeds growing since the previous cottage was knocked down and this one built in 2000.

And this pampas grass looked so amazing, I couldn’t resist taking a photo.