The first Sunday of the month saw me outside, well wrapped up against the cool weather.  The first job of the day was to plant some garlic.  I’d bought three organic bulbs in the supermarket as I couldn’t get any in the garden centre.

After a fierce debate with my brother about whether it was better to plant in pots or in the ground, I decided to try both methods.  I’d been reluctant to plant it in the ground as I only have the two small raised beds and I’d just found out that garlic takes NINE MONTHS to grow.

But, using bricks, I separated off the front of one of my raised beds to create a bed 8 or 9 inches wide and planted individual cloves approximately 6 inches apart.  I planted the remaining cloves in pots using a mixture of John Innes compost mixed with horticultural grit.  I placed the pots on the patio at the base of the raised bed so they’ll both receive the same amount of sun.

The second job was to remove weeds from several pots of peonies and iris taken from the front garden when I split larger plants.  These pots will spend the winter behind the garage.

Pots of spring bulbs have taken their place along the wall by the conservatory, with some crocus shoots already peeping through the compost.  I moved other pots into more sheltered positions and swept up all the fallen leaves, placing them into a large bin to start rotting down.

The final job of the weekend was to deal with my tomato plants.  My go-to TV gardener – Monty Don of Gardener’s World – suggested one job for the weekend was to remove the remaining red and green tomatoes and bring into the house to finish ripening, then the plant could be cut down/dug up, leaving space for other things.  I had plants outside and in the greenhouse, still producing fruits but slowing down.  So I followed his suggestion and filled these two large salad bowls.

And as the month progressed, they started to ripen and, as each turned red, I moved it to another bowl for eating.

This is what was left at the end of the month.

I harvested some carrots too.  I hadn’t sowed many seeds, just a handful on the top of a large plant pot.  As they grew, I thinned them out and planted the thinnings into the shadier of the two raised beds.

This bed was the second I prepared earlier in the year, and the one that had the most stones and rubble left by the builders.  I hoped I’d done enough to clear it – and I wasn’t really expecting the carrots to grow.  But they did.

Here’s what I picked, ranging from tiny ones on the left (from the raised bed) through to fatter and longer carrots on the right (from the pot).  The two short fat carrots tasted just as good as the others!

The moral of this tale – next year I’ll grow all my carrots in large deep pots using grow bag compost, and sow the seeds very thinly.

Then we had rain, rain and more rain, which kept me inside planning for next year and buying seeds online, along with various small gardening-related gifts for my brother’s Christmas present.  Having divorced three years ago he’s in the process of establishing a vegetable garden at his new house.

Ever mindful about the amount of plastic, including plant pots, that are thrown away each year I spent ages looking for alternatives.  So I have wooden plant labels on order and fabric ‘pots’ of various sizes.

I have also bought some plastic plant clips – rather like large clothes pegs, they are designed to clip plant stems to stakes.  Ideal for tomatoes I thought, after the difficulty of trying to tie twine around mine this year, and handy for people with dexterity issues. 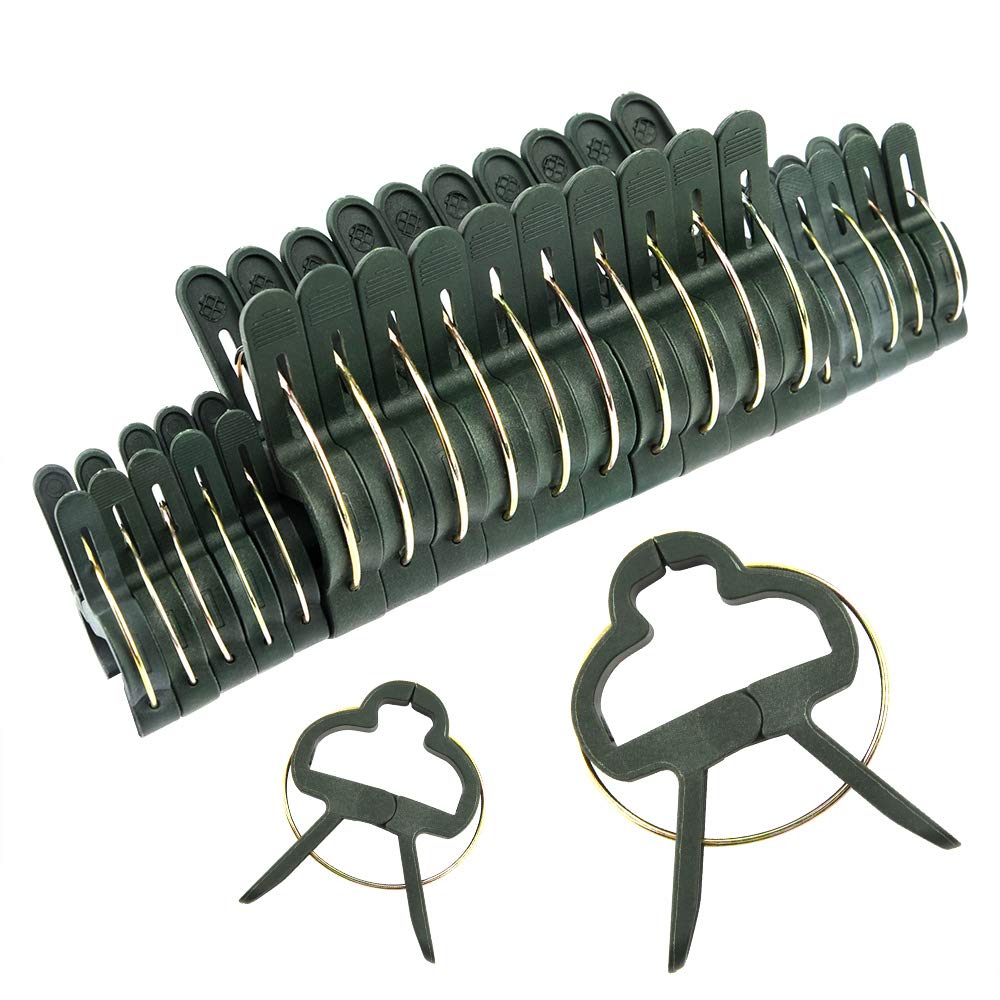 I also bought some cacti and succulent seeds along with special compost.  I hope to grow some as indoor plants and pick out others that may do well outside alongside the house leeks.

Checking the garden two weeks after I planted the garlic cloves, and preparing to spread a mulch of grass cuttings over the top, they have already started producing green shoots.  A week later and they are still growing.

Since moving them into the greenhouse and splitting each into two, some of these pelargoniums have had a second flowering.

And the fuchsia in the front garden is so full of flowers and buds that I’m reluctant to cut it back.

The last weekend we’d planned to do a run to the recycling centre with our garden waste.  With only one small plastic compost bin, we don’t have room to compost vegetation that takes as long time to rot down.  So anything with thick or woody stems, together with weeds that we don’t wish to reintroduce as a later date (bindweed) has to go.  Even if we were paying the council to take it away, they’ve stopped green collections until March.

So I gave my bay tree and olive tree a haircut; planted a few cuttings to see what happens, and took four bags to be composted by the council.  Next year, if we turn up on the right day, we’ll get free compost back to put on the garden.

The last Monday of the month, we woke up to our first heavy frost.  Temperatures of -3’C were recorded at the airfield seven miles away – we are 143 metres higher so probably a degree cooler.  But it was a sunny clear day.